King of Fighters 2001 confirmed for PC! 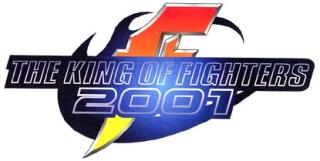 Korean gaming firm Eolith has announced that it will be releasing a PC version of King of Fighters 2001 for the PC platform. The game, originally created for the Neo Geo MVS arcade system, has already been acclaimed as one of the greatest 2D fighting games of all time.

This news also puts the availability of the game through the roof, as only 500 English copies of the Neo Geo home system will be produced.

The PC version will feature at least one new character and improved graphics over the original version.