Hirai: PS4 is 'First and Foremost a Game Console' 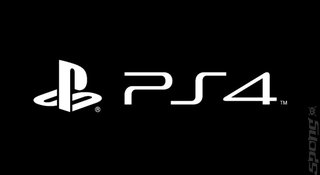 Sony CEO (and former SCE president) Kazuo Hirai has stated that the PlayStation 4 will be "first and foremost a video game console," although the console will also host an array of multimedia features to compete with Xbox One.

Hirai spoke at the D11 conference, and was careful about how to position the upcoming console following heat on Microsoft with its entertainment focus for Xbox One. "The most important thing we need to do is agree and understand that the PS4 is a great video game console that appeals to video gamers," he said.

"If we miss that part, I don't think we get the initial establishment of the console. That formula has worked for us with all our consoles, including the PS3." He added that Sony still intends to include functionality for music, movie and streaming content, but after capturing the core gamer market.

"Providing other non-game content is an area we will reveal and talk about in the coming months, but it's first and foremost a video game console."

PlayStation 4 was announced in February with a launch period of 'holiday 2013', while Microsoft announced Xbox One in May with a target launch for 'later this year'.
Companies: Sony
People: Kaz Hirai