Mode won't be Xbox One exclusive. 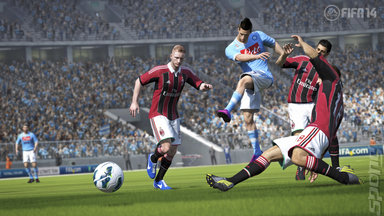 Looks like FIFA 14's Ultimate Team mode won't be exclusive to Xbox One after all. Electronic Arts has revealed that the popular mode is also being developed for the PlayStation 4.

During Microsoft's Xbox Reveal event on Tuesday, EA Sports' Andrew Wilson suggested that Ultimate Team would be an exclusive feature for the Xbox One. A later statement from the publisher instead said that, "Ultimate Team is being developed for both Xbox One and PS4."