Xbox Reveal: Call of Duty Ghosts "Most Beautiful Ever" 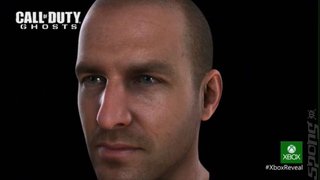 All Images (25) »
Call of Duty Ghosts is the most emotional CoD ever. There, that's what you wanted to hear about an FPS. It's also the most beautiful. The most graphically rich it was revealed by Activision at tonights Xbox Reveal.

Call of Duty: Ghosts has been shown for Xbox One at Microsoft?s reveal event.

Activision?s Eric Hirshberg announced that the game will come via a new CoD engine. It will be in a new universe and will have new characters too. Infinity Ward will be developing. We've got lots of shots...

Also confirmed was that the writer of Traffic and Syrianna movies, writer Stephen Gaghan, is responsible for the emotional plot.
You now have a dog in your squad, who you will care about, He protects the team, sniffs out explosives and more.

Oh, there is also a dog.
Companies: Activision
Games: Call of Duty: Ghosts