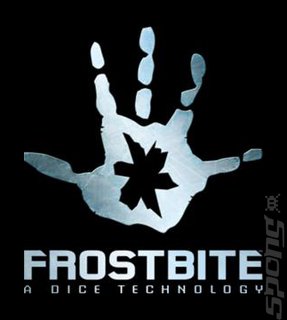 DICE is on a roll this week. Not content with being EA's golden boys with a new studio in LA and the cross-studio use of its Frostbite 3 engine, it's now announced that it has built a portable version of that same engine for smartphones and tablets.

"We learnt a lot developing our first engine so with Frostbite 2 our team completely re-engineered all major systems to address issues and improve overall quality of our games," reads a statement on the Frostbite website.

"We also took this opportunity to make better use of existing console resources as well as take advantage of high-end multicore PCs which we firmly believed would be the base for all future platforms.

"One of our most exciting current projects is called Frostbite Go, a mobile division empowering EA game developers with Frostbite?s proven excellent workflows and features to bring true Frostbite experiences to all major mobile platforms."

While great news for mobile and tablet users, it says a lot that DICE would invest time in building Frostbite Go, whilst shunning a bespoke platform for Nintendo's Wii U console. But, if Frostbite 2 couldn't run on the system - and Frostbite 3 never was - perhaps Frostbite Go could.
Companies: DICE