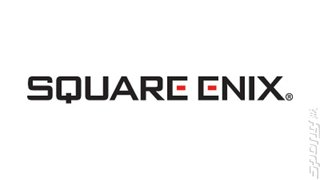 Square Enix has posted its annual financial results for the year ending 31 March 2013, and it makes for somewhat squirm-inducing reading. The company made an "expected extraordinary loss" of Ą13.7 billion (Ł88m), owing to an increasingly "competitive" console market and internal reorganisation costs.

While its net sales were somewhat positive - Ą14.7 billion (Ł94m) for the year, up 15.7 per cent from Ą12.7 billion (Ł81m) in FY2012 - its heavy losses over the last 12 months (compared to Ą6 billion - Ł38m - profit in the previous year) has forced the publisher to refocus its development efforts, with a greater emphasis on the PC, mobile and tablet markets.

Perhaps most troubling is the fact that Square Enix's Digital Entertainment division - which covers its video game business - saw a whopping 99.7 per cent decrease in operating income. It made Ą44 million (Ł282k) on sales of 89 billion yen (Ł570m), meaning that it barely broke even despite an increase in game sales. In FY2012 its operating income was Ą12 billion (Ł77m) on sales of Ą72 billion (Ł461m), for comparison.

"In response to the latest environmental changes in the game industry, the Group has implemented various strategic initiatives such as a change in its development policy, organizational reforms and redesign of some business models," the report states.

"The business environment surrounding the Group is in the midst of major changes, where smart devices such as smartphone and tablet PCs are spreading rapidly, while the console game markets in North America and Europe are increasingly competitive and oligopolistic."

Pointing to its continued success in the browser and smartphone market, with "steady performance" of the Dragon Quest X MMO and Kaku-San-Sei Million Arthur in Japan, the report continues that, "in light of such environmental changes, the Group is focusing all efforts on a substantial earnings improvement through driving reforms of business structure in order to establish new revenue base."

The report follows the departure of Square Enix president Yoichi Wada in March, alongside a revised financial forecast that placed the blame for the company's current situation on its recent focus on Western development.

While the figures don't look good, the result does fall in line with the publisher's revised forecast. In March, it announced that it was expecting an "extraordinary loss" with a Ą6 billion operating loss and a net income loss of Ą13 billion.