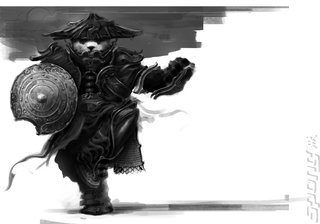 Big news for Activision/Blizzard of late has been the steep decline in subscribers to its once all-conquering MMORPG World of Warcraft.

We reported earlier that Warcraft - despite having 8,000,000 subs, which is not to be sniffed at - has lost 1.3 million subs in the last year, which is to be snorted at. Robert Kotick, boss over at Activision/Blizzard, pointed these figures up early in the financial 'highlights' press release. Now Blizzard chief Mike Morhaime has taken the opportunity to respond in a spintastic manner.

"What we've seen is there has been a decrease in especially casual player engagement in the games, the amount of time the casual players are spending in the game. We do have a content update coming out later this month. It's currently being tested. And we'll continue working on a frequent content update to keep the community engaged. With Mists of Pandaria, we've provided some new types of game play experiences.

All fine so far, but the spin really kicks in here:

"If you think about player could be gone for a week, they could be gone for several months and when they come back..." "When" surely, "If"? But being positive is Mike's thing. He continues, "it can be a very disorienting experience and I think that there's a lot that we can do to make that better. So, that when players do come back, we have a better chance of retaining them longer."

In short, blame the East and keep on with the positive words until the F2P iceberg actually hits the ship of boxed'n'paid-for MMPORPGs.