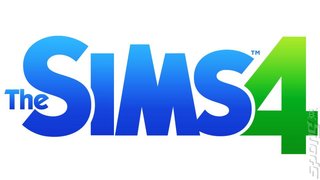 Maxis has announced that it is working on The Sims 4, and EA has made it clear that it has learned from its SimCity mistakes earlier in the year. The company wastes no time in its press release that it is a "single-player offline experience".

The game is seeing a release on Mac and PC, but it isn't out until 2014 at the earliest. EA and Maxis were very keen to let a "select group... of the world's top fans were amongst the first to hear the news about The Sims 4" at a "special VIP briefing" this morning. Those fans will also get "special access to the development team as the game progresses."

SimCity no doubt destroyed a lot of good will from Maxis fans after a launch debacle tied to an "always-online" functionality that failed to live up to developer expectations. As Maxis works on making the game somewhat usable for Origin users, this announcement - and the perks offered - will serve as a nice distraction.

Although The Sims 4 will be an offline, single-player experience, Maxis has revealed that personalisation will be a big part of that experience - with the ability to share creations with friends over an internet connection.
Companies: Electronic Arts
Games: The Sims 4