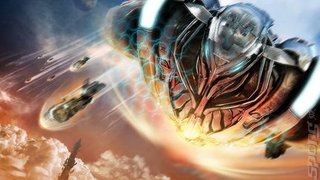 The developer behind Sector 8 (and, allegedly, more than its fair share of Aliens: Colonial Marines), TimeGate, has filed for Chapter 11 bankruptcy after losing a legal battle against publisher SouthPeak for control of its IP and over $7 million in damages.

The petition, filed in Texas Southern Bankruptcy Court on Wednesday, notes around 50 creditors to which the studios owes money to. Total liabilities range from $10 million to $50 million. Creditors include Epic Games, Agora Games, a local pizzeria and SouthPeak Games.

TimeGate's legal battle with SouthPeak is both long and rather convoluted, dating back to 2009 and the release of Sector 8. The developer filed suit against its publisher, claiming that SouthPeak had failed to appropriately localise the game while also withholding royalties. SouthPeak counter-sued, alleging that the studio hadn't invested enough of its own capital into the project's development.

A third party was brought in to mediate the issue, and a decision was made that SouthPeak should control the Sector 8 IP and be owed $7.8m in damages. That was overturned in a federal court last March, and last week that overturning was overturned, slapping TimeGate with a steep bill and a loss of its game property.

The studio was working on multiplayer shooter Minimum, but has said that its current situation is likely to affect the release of the new game.