XCOM Creator on Firaxis' Reboot: They Changed So Much

He likes it though, don't worry. 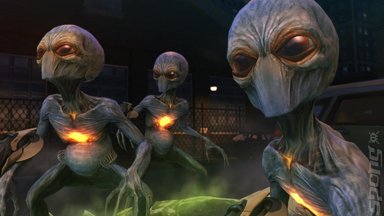 Firaxis earned itself a lot of retro love for its critically acclaimed reboot of PC RTS XCOM. But, while original game creator Julian Gollop loves the modern take on his baby, he admits that he would have designed some elements differently - although his version would be a less successful game for it.

"It?s great. It?s very very good, Gollop said during an interview at GDC, but added of Jake Solomon's reboot that, "He?s changed so much. I think he was probably worried that I?d come up to him and say ?Jake, you?ve been a naughty boy. What have you done to my XCOM?? but no. It wasn?t like that at all."

Gollop noted a few things in the new game that didn't sit particularly well with him, though. The hard difficulty curve, the obscure funding system in the form of satellites, and the terror options that leave little opportunity for players to fully protect themselves. Of that last point, Gollop said, "You?re going to definitely lose out somewhere. You have to choose which one you?re going to lose. I would have designed it differently, for sure.

"Would it have been as successful as the new XCOM? Probably not. No, I?m afraid... I guess my original game was a bit more simulation-ny and the new game is a bit more board game-y." But, Gollop is happy with Firaxis' effort, and said that he has no plans to get involved with any future projects. "For years I tried to remake XCOM. But with the new one, the urge is gone. That demon?s been laid to rest."

As a bonus, he was asked what he thought of the 'other' XCOM game 2K Marin is currently working on. The one that started off as an FPS, then fell off the radar and is coming back as a 'reimagined' third person affair. "I think they got some bad reactions on several levels," Gollop said of the initial reveal.

"One was the fact it was an FPS. Secondly, the presentation was a bit? this 1950s style alternate reality thing probably didn?t go down too well with a lot of people, either, so it may be they?re rethinking that. I?m not sure. Graphically, it was amazing.