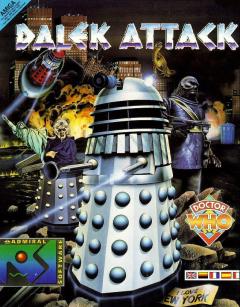 Robert Nashak is the executive vice president for digital entertainment and games at the BBC and boy, oh boy does he have the whole Management Speak down to a clumsy art. Only, he's gone and opened his well media trained gob and talked about the upcoming new Xbox "720".

Mr Nashak, was actually talking about aiming targeting (IP) such as Dr Who (aka The Dr Who Experience Going Forwards 24/7) at specific audiences, "One size fits all is really hard, particularly when you're not launching games any more but you're building services..." he says but then this happened:

"I'm very optimistic for this next generation of consoles", he told GI.biz, "It's been awhile. I think we're going to see Microsoft, for example, really get it right - not that they haven't in the past. You're going to see this next Xbox be a true home entertainment system. I think they're going to have a system when you get into Xbox Live that's going to be very seamless; you'll see more frictionless billing."

We had literally no knowledge of what 'Frictionless Billing" meant. So we had a look around. Microsoft is apparently already well versed in it, whatever it actually is, having done a deal with a company called Mach ( "the world leader in direct operator billing") last year.

The deal was an "extended agreement (that saw) MACH integrate with Microsoft’s new Commerce Platform, opening the way for operators to quickly and easily connect to the Microsoft Marketplace through its Direct Billing Gateway. The agreement also sees MACH deliver direct operating billing services to Windows Phone users on TELUS’s network in the strategic Canadian market, enabling frictionless apps payments with the charge for the app being placed on the subscriber’s phone bill."

So, basically, it's a way of charging you for stuff made by companies such as the BBC on your lovely new Xbox 720 in a way that means you probably don't notice it so much. Sounds very much like what already happens via Xbox Marketplace anyway.

Mr Nashak - who confuses himself with an actual company - also points out that, "As a media company, for example, one of the things I'm interested in is can we cross-merchandise our stuff on the system? When you go to iTunes and you look up Dr. Who, you get the TV show, you get the app, you get audio clips - it's all there on the same thing. We sell and rent a lot of video on Xbox, through Netflix or through the Xbox video service. We have a great partnership with Forza where we've integrated it with Top Gear.

"We've been trying to do as much as possible cross-merchandising, so that people get a sense of all the different ways a brand can get into their life. Creating new strategic gateways into these brands is important, and if Xbox does its job right I think Microsoft is going to develop a great cross-merchandising place for us."

There you have it.
Companies: BBC