Ł19,000 of company money spent on personal and luxury item in company fraud 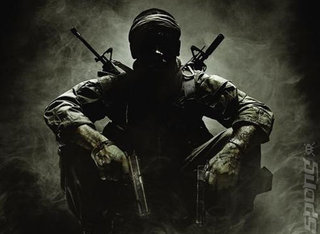 A former Activision executive and a contractor for independent PR/Marketing company Frank PR have been found guilty of siphoning Ł18,963 of company money to pay for an engagement party, hen night and multiple shopping sprees.

Activision PR exec Kathryn Kirton was responsible for the Call of Duty franchise when she got 'carried away' by the PR lifestyle. Multiple personal expenses were found to be charged back to Activision's account, Blackfriars Crown Court heard. Kirton was reportedly aided by Frank PR consultant Jamie Kaye, who was charged with spending Ł5,506 on his company credit card. Both Kirton and Kaye pleaded guilty to one count of fraud. Both were sentenced on April 19th.

"You were in a position of considerable responsibility," the judge said. "In the world of PR you are surrounded by luxury items. That is reality for people working in that industry.

"What is surprising is that cases like this are happening more and more often in your industry. But this is not the place to explore the PR industry."

Are you working in PR, want to comment on what the judge said? You are free to do so anonymously (even to us) in the comments below.

Darren 23 Apr 2013 11:24
1/1
So from what I gather from this judge is it's okay to essentially steal Ł24k as you won't get prison for it as long as you don't do it again for another two years whilst the suspended sentance runs... discrace.
Posting of new comments is now locked for this page.