Dontnod on Gender Equality: We Have a Long Way to Go

Remember Me a 'militant act' towards advocating equal footing for men and women. 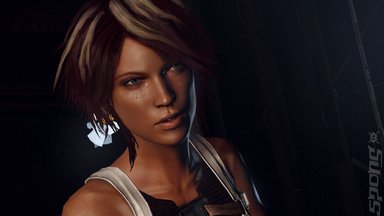 The issue of female representation in video games is one that isn't going away, and that's a very good thing. For French studio Dontnod Entertainment, Remember Me now represents a means to advocate and promote gender equality - but that wasn't necessarily the case at the start of development.

"We didn't think of gender equality being a major theme in the game, but thinking back on the world we designed, it is true that women have key positions in its governance," said creative director Jean-Maxime Moris. "In 2013, we have a long way to go in terms of gender equality, so take this as a subconscious militant act."

The game features a female protagonist called Nilin, who has to rediscover her past and purpose after having her memory wiped. Moris said that it was difficult for the studio to introduce a major female character without turning to tropes or turning her into a stereotype. "You have to avoid the pitfalls of making her just a damsel in distress or a sex bomb, because this is what you think would appeal most to the hordes of men that constitute your fan base.

"But if you respect your public, then you refuse to dumb your work down, and eventually it pays back because what you do is different. But I'm not saying we're the only ones. I'm quite happy to see that more and more games feature female protagonists."

It's clear that this approach - to dare to respect the female gender in a piece of interactive entertainment - didn't sit too well with many publishers, as Moris has previously gone on record to claim that many publishers had dismissed Remember Me on the basis that "female characters don't sell [games]." Let's hope any success of this game changes those attitudes dramatically.