Our cousins across the pond will soon be enjoying discounted PlayStation 2 gaming, courtesy of Sony Computer Entertainment. 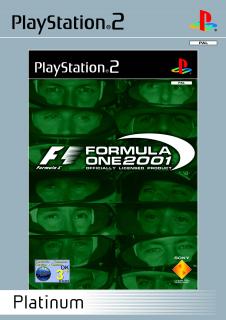 All Images (4) »
Dubbed the ?Greatest Hits' range (we know, the marketing imagination beggars belief) the series will contain some of America?s best selling PlayStation 2 titles.

To qualify for inclusion into the Greatest Hits series, a title must have sold in excess of 400,000 units and must have been on the market for more than nine months. The initial batch from SCEA will include ATV Offroad Fury, Gran Turismo 3 A-Spec, Twisted Metal: Black, and Dark Cloud. These four titles have combined unit sales of more than 2.8 million.

"With an installed hardware base of 8.6 million units, and a cumulative software-to-hardware tie ratio of 4.5 to 1, we have out-performed original category and general business expectations with PlayStation 2 during its first year on the market," said Andrew House, Senior Vice President, Sony Computer Entertainment America Inc. "We are proud of the fact that with our publishing partners, we collectively have been able to deliver the most impressive, compelling gaming experience to millions of enthusiasts around the world. The new Greatest Hits collection provides an incentive for new gamers to purchase PlayStation 2 and core gamers to add classic titles to their existing libraries.?

"Historically, we have always taken a very consumer-centric approach to the market," he continued. "We are focused on presenting users with the best entertainment experience at compelling prices, further extending the PlayStation 2 value proposition by consistently passing on savings to the consumer. With such strong software support for PlayStation 2 we now are able to offer must-have games for around $25."

In a way, it seems fair enough that the Americans get a break on the PlayStation front, considering that it is the only territory not to see price-cuts.