Volition: We Didn't Want Saints Row IV to Be a PS4 Launch Title 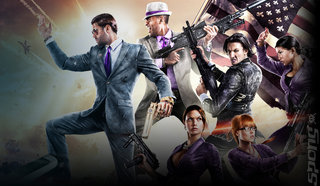 Volition has told SPOnG that Saints Row IV will not be seeing a release on next-generation consoles. Senior producer Jim Boone explained that doing so would have meant the game would have been "forced" into being "a launch title for PlayStation 4 and whatever else comes next."

The sequel to the bonkers Saints Row The Third is destined for a release on Xbox 360, PlayStation 3 and PC. Boone recalled the time Volition worked hard to deliver a launch game for the PlayStation 2, called Summoner, as the main reason for the decision.

"[Summoner] was, far and away, the most brutal game I had ever worked on," Boone told SPOnG. "It's incredibly difficult to do a launch title at all, never mind an RPG launch title. It was really crazy of us to do it. But, we felt like we learned some lessons there - while we were happy with Summoner and people liked it, we knew that it could have been a much better game if we hadn?t tried to force it to be a launch title.

"When Saints Row 1 came along, we didn?t try to target a next-gen launch, because we wanted to give it the time and make it the best it could be," Boone added. "We kind of used the same principles here with Saints Row IV. Because of the timing of this game's release, [if we had attempted next-gen] it would have essentially had to be a launch title for PlayStation 4 and whatever else comes next.

"We didn?t want to try and force this thing into being next-gen. We wanted to be able to take the time to add in a lot of crazy new things, like super-powers and aliens and things like that. And honestly, I don?t think we?d have been able to do any of that if we had to build all of this new technology to work with next-gen."

But is Volition exploring the PS4 hardware? "We do have some people looking at such things at the studio, but unfortunately nothing I can talk about." Interesting.

The full interview with Volition for Saints Row IV will be published later today.
Companies: Volition