"Did someone send checks to the wrong address?" 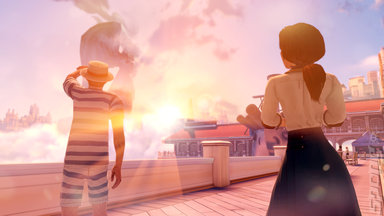 Did BioShock: Infinite cost $200 million to make? Not according to Irrational Games' Ken Levine, who has debunked a report from the New York Times that suggests as much.

"The estimated cost of the project is upward of $100 million, not including marketing expenses, which could add another $100 million," writes The New York Times, citing unnamed analysts as the source.

That would have put it alongside Grand Theft Auto IV (~$100m), Gran Turismo 5 (a reported $80m) and Shenmue ($70m) as one of the most expensive games of all time. But Levine responded to the report on Twitter, suggesting that it's hogwash.

Writes the creative, "200 million for Infinite? Did someone send some checks to the wrong address?"