Tekken X Street Fighter Could Be Heading to Next-Gen Consoles 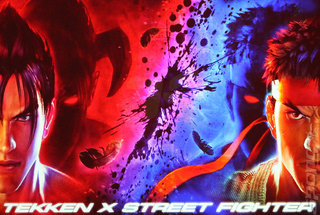 Details on Namco Bandai's crossover brawler, Tekken X Street Fighter, has been pretty thin since the company's partnership with Capcom was announced. But there may be a reason for that - the game could be heading for next-generation consoles.

When asked by a curious fan on Twitter why there has been no info on the game as of late, Tekken producer Katsuhiro Harada replied, "We are changing and considering platform strategy. That's why we don't say anything."

It would make sense, as many third parties are undoubtedly waiting for Microsoft to unveil its next Xbox before they formally announce any multi-platform projects. Of course, the game could go the other way - instead of next-generation consoles, Tekken X Street Fighter might be seeing a home on mobile and tablet devices. Anything's fair game.