Will be separate downloads on Vita. 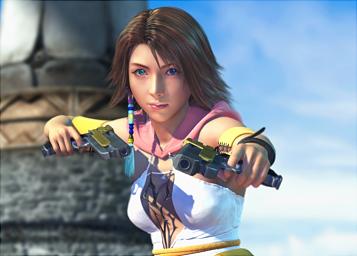 We're all still waiting for Square Enix to hurry up and finish that Final Fantasy X HD remaster. It was announced way back in 2011. But we seem to have had a bone thrown at us - according to a new report, the PS3 version will include a remake of Final Fantasy X-2.

The details come from the latest issue of the Japanese magazine Shonen Jump, which also claim that the 2003 sequel will also be made available to PS Vita owners, albeit as a separate download to Final Fantasy X HD.

Final Fantasy X HD was suddenly brought back into the public eye after years of silence on the project, when producer Shinji Hashimoto presented some footage of the game running on the PS Vita. No release date has yet been given - we wait with bated breath.