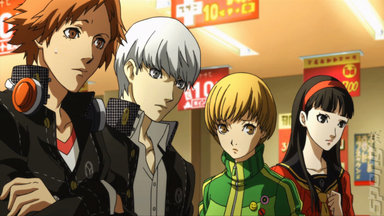 At last! Those of you still wanting to pummel one another in a TV dimension will be excited to hear that Persona 4 Arena is finally heading to Europe. The game will release on Xbox 360 and PlayStation 3 on May 10th.

Publishers Zen United and PQube will be launching a limited edition pre-order pack with the game, which will include the Official Arranged Soundtrack, exclusive artwork and a 'Digital Fan Pack'. If you want it though, you're going to have to pre-order - the company has stressed that it will not be offering the Limited Edition beyond Day One.

The game's been out in Japan and the US for nearly a year now! Check out the E3 2012 trailer below to see exactly what you'll be getting yourself in for come May.