House of Mouse wants to focus on movie tie-ins, apparently. 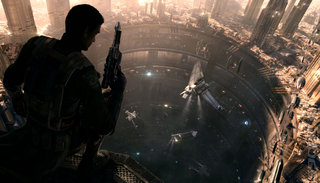 LucasArts' development planet could be under threat from the Death Star that is Disney. According to the latest rumours doing the rounds, work on next-gen title Star Wars 1313 has been put on hold.

Kotaku cites three different development sources that claim that progress on the game stopped immediately after Disney's acquisition of George Lucas' empire in November. The franchise's new overlords want to focus on projects that tie in with the upcoming JJ Abrams movie. Expanded universe? What's that?

Apparently the game was originally designed to help kick off a promising new Star Wars TV series. Titled Underworld and set on the seedy planet of Coruscant, the themes and story arcs featured would have had the franchise gunning for adult viewers, specifically - drugs, crime and violence would be covered. The game got redesigned after concerns with the TV series resulted in it getting scrapped.

George Lucas himself was said to be pleased with the progress of 1313 when it was formally revealed at E3 last year... but "the Disney purchase of LucasFilm has reoriented the company's gaming division," according to Kotaku. "The focus is on the new trilogy, not on material that is unrelated to the planned JJ Abrams-directed Star Wars: Episode VII."

For its part, LucasArts insists that work on 1313 is continuing. "LucasArts has been working diligently to take advantage of the tremendous opportunities that the new Star Wars movies present. Star Wars 1313 continues production," reads a statement in response to the report. Either way, the future for the project seems uncertain for now.
Companies: Disney LucasArts
Games: Star Wars 1313