Metro: Last Light Dated for May

Deep Silver doesn't want the fans to be left hanging much longer. 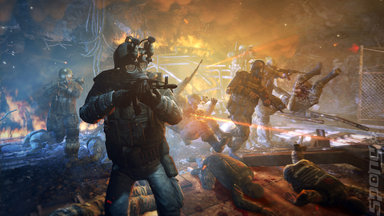 Metro: Last Light lives! If you remember, Koch Media picked up the license during the sale of THQ's assets last month. But the change in ownership doesn't mean we'll be waiting much longer to see the game - Koch's publishing label Deep Silver has announced a May 17 2013 release date for Artyom's latest.

The Metro sequel will hit PlayStation 3, Xbox 360 and Windows PC on that date in Europe, with a release on May 14 for Northern and Latin America. The new date has been described by Koch as a balancing act between tightening up the game's development and to "not keep the fans waiting longer than necessary."

Said Koch CEO Dr. Klemens Kundratitz, "We won?t leave that time unexploited and will work closely together with 4A Games to make the game even better. It will receive all the attention it deserves."

Deep Silver's Menno van der Bil added, "Since it has been made public that we took over the Metro franchise, the fans keep asking for a release date. Now we can finally announce when they will be able to get their hands on the game! We would like to thank all of the Metro fans for their patience. And we can assure them that we have a lot more coming their way with the franchise.?
Companies: Deep Silver
Games: Metro: Last Light