Destiny Will Be Coming to Next-Generation Consoles

No PC support just yet, though. 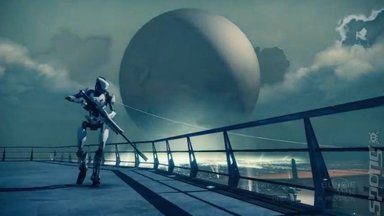 Work in Progress
Bungie's got a ten-year plan for Destiny, so you would be forgiven for thinking that the game is heading for more than just current-generation platforms. You would also be right.

COO Pete Persons didn't reveal much in an interview with The Examiner, but he did confirm that the studio will be releasing the game to next-generation consoles. In time. Destiny is slated for a PS3 and Xbox 360 release only for now.

"When we came to the big collaboration with Activision, we said we're going to tell these adventures over a 10-year period," Persons said. "So we need to make sure we're prepared for the future, both in the upcoming generations and multiple platforms and devices themselves."

Activision boss Eric Hirshberg added that, "Until there are official announcements from the first parties obviously we can't comment on any platforms that might be forthcoming, but what we can say is we are building 'Destiny' to be wherever gamers are."
Companies: Bungie
Games: Destiny