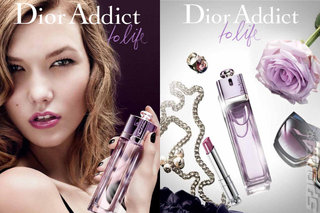 The difference between this new testing regime and ones that have gone before is that this one does not use anecdote or "observation bereft of context. This one uses... electromyography (EMG) in order to track the tiniest of facial muscle movements to see if a gamer is, well, into it.

According to extremetech, "84 subjects, ranging in age from 19 to 34, were fitted with electrodes positioned to sense tiny movements in two facial muscles. The Corrugator supercilii, the 'frowning muscle' is used to detect negative emotions while the Zygomaticus major muscle is used to detect pleasure from laughing or smiling. With over 150 hours of data from facial expressions during gameplay, the research team was able to effectively rank how addictive each of the eleven tested games were."

Brian Dodson (PhD) points out that along with this, "The ASNTU researchers first established a criterion for the addictiveness of a game. They obtained the activity records of 11 online games from Gamania Digital Entertainment. Their basic assumption is that a game is more addictive if players tend to play as often as possible. However, measuring this among a range of games having different structures and constraints is quite difficult."

The researchers combined their EMG research with a set of statistics called the "ratio of presence (ROP)" - basically the numbe of days over a set period that the player was registered to play the MMO that they actually spent playing - to provide a guage of addiction.

As Dodson points out, "To make a long story short, both positive and negative emotions were found to make a game more addictive, although positive emotions were more effective. More powerful emotions also led to larger addictive potential. In the end, a very good fit was found between the measurements and the addictiveness of the game as measured by the beta parameter, meaning that the electromyographical measurements provide a good predictor of the addictiveness of a computer game."

Whether this actually provides a basis to gauge addiction over enjoyment over a commitment to play a game you've paid for over it being cold and wet outside is open to question of course. Still, the test regime will surely enable one side to claim addiction and the other to claim not.