But will Rocksteady be developing it? 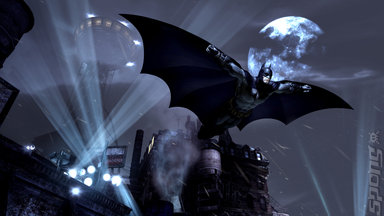 Who's ready for more Batman? Time Warner sneakily revealed the existence of a third game in the Arkham series during a financial meeting this week. What's more, it will be released within the next 12 months.

CFO John K. Martin lets the cat out of the bag, with the words, "We expect [digital home video revenue] to grow close to 20% in 2013. And we also have a strong games release this year, which will include the next release in the Batman Arkham franchise."

Whether Martin is referring to the 2013 calendar year or the company's fiscal year is unknown, but it's exciting to hear news of a follow-up instalment after 2011's critically-acclaimed Batman: Arkham City.

What might throw a spanner in the works is the rumour that Rocksteady is not developing this next title. That comes from VG247, which cites its own sources - suggesting that this next Arkham game could relate to the Silver Age Batman prequel mooted last year.