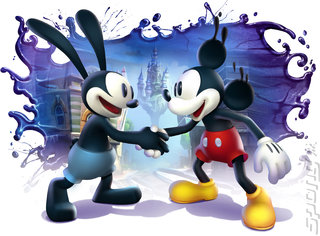 The man behind Deus Ex and Disney Epic Mickey has called time on Junction Point Studios. Warren Spector confirmed rumours that the Austin, TX development house was in trouble in a message that begins, "Yes, it's true. The Junction Point journey is over."

Junction Point was formed in 2005 by Spector and Art Min, and was initially composed of former members of Ion Storm. Disney Interactive Studios acquired the outfit in 2007, leading to the development of two Epic Mickey titles - games that ultimately failed to capture the kind of magic that has been expected of Spector.

"JPS had a good eight year run. I got to work with some amazing people on some amazing projects," Spector wrote in a Facebook post. "Now it's time to move on to the next adventure. I honestly don't know what that will be yet, so don't ask."

Despite the middling reception to his Epic Mickey games, Spector remained positive about the work that his studio had accomplished. "Whatever you think of me, or Junction Point, or Disney or the Disney Epic Mickey games - yes, I know we polarized people! - I'll always look back on the last eight years with nothing but pride.

"Rarely have I worked with a team more dedicated or harder working. Never have I been part of a game - of anything, really - that touched people at as deep or personal a level as the Epic Mickey games. That's priceless."

A sad end to a studio with promise. We wish all at Junction Point the very best.

ohms 30 Jan 2013 10:52
1/2
Seems to be an all to frequent occurrence. If Disney are so willing to bail on a studio I don't think LucasArts will last long under their ownership. If Star Wars 1313 flops their days will be numbered.