As well as layoffs at two other offices. 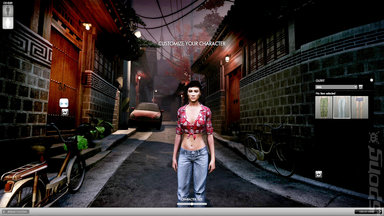 Funcom doesn't have a lot of fun of its own to announce today - as part of a restructuring process, the firm is closing its Beijing studio (of The Secret World fame) and preparing layoffs at its Montreal and North Carolina offices.

The Secret World, which was published in association with EA Partners, recently went free-to-play in a bid to stay competitive with other MMOs. Funcom insists that the closure of the Beijing studio is simply "a natural result of the completion of the development on The Secret World."

Its Raleigh, North Carolina studio has been transformed into a 'live team' which will focus on the upkeep and expansion of The Secret World, as well as Anarchy Online and Age of Conan. Its Montreal studio, which is working on a number of unannounced mobile games, has also seen a "headcount reduction".

In general, Funcom announced that its future will be spent developing "smaller, high quality online games with more limited budgets and shorter production timelines, while at the same time continuing to support, service and expand its three successfully launched massively multiplayer games."

The news follows a huge round of layoffs at the company in August which reportedly affected half of its global workforce.
Companies: Funcom
Games: The Secret World