The Walking Dead misses out. 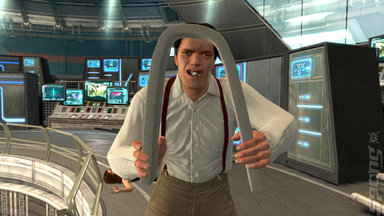 The Writers Guild of America has unveiled its shortlist for this year's "Outstanding Achievement in Video Game Writing" award. Which is great news for an industry that is slowly shirking its 'kids toy' image and embracing one of a true entertainment medium. Until you see the list, that is.

Halo 4 and Uncharted: Golden Abyss also feature, but in the face of some of the great stories we have seen in 2012 - The Walking Dead, Spec Ops: The Line among others - they are pretty weak choices. But that's just us - maybe you enjoyed these stories more than we did.

It's hard to say that the shortlist isn't strange, though. It is worth pointing out, however, that the Writers Guild of America awards are only really handed out to specially-nominated persons (which must lobby themselves effectively at certain times) or to those already in the Guild.

Check out the list below. What do you think?