Get excited for some upcoming madcap action. 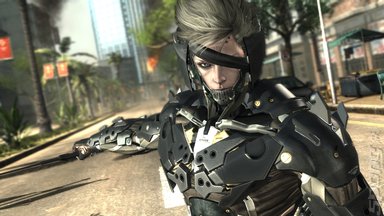 With so many games coming out in 2013, Japanese heroes Platinum Games has released a teaser trailer to remind everyone of its upcoming projects for the year ahead. Oh, Platinum, there's no way anyone would forget you!

The trailer, which you can watch below, contains clips for three already-announced titles that are landing at various points in 2013. And all of them are going to be worth your time and attention - Metal Gear Rising: Revengeance, The Wonderful 101 and of course, Bayonetta 2.

We also get a glimpse of Platinum's past work with SEGA, including Madworld and Vanquish - as well as a brief clip of Max Anarchy/Anarchy Reigns, which is good for reminding us all that the action brawler is finally being released in the West this week. No Bayonetta 2 footage at all though, so we have to make do with scenes of Bayonetta 1. Argh.

Watch the video below, and get excited like us!