Could its deal with EON be over early? 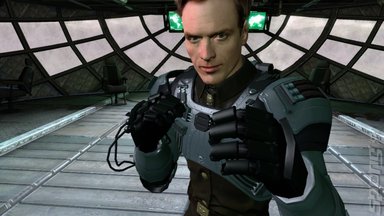 Gamescom 2012
Diamonds Are Forever. James Bond games on digital distribution services, however, aren't. Activision's 007 titles have suddenly been removed without warning on both Steam and the publisher's own online store.

Such a move has raised suspicions that Activision has reached the end of its partnership with Danjaq/EON Productions, the license holders to the Bond franchise. This would be something of a premature end if so, for the publisher picked up the rights from EA back in 2006 and has a hold on it until 2014.

Games such as Quantum of Solace, 007 Legends and Blood Stone are no longer accessible on either Steam or Activision's digital store. Racing specialists Bizarre Creations' worked on the action-heavy Blood Stone as its last title before Activision shut it down, while Eurocom followed up positive reviews of a Goldeneye reboot with the disappointing 007 Legends. Eurocom entered administration in December 2012.