Gamespy servers sniped with no warning... 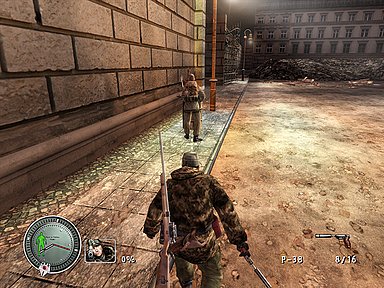 Glu - the company that has taken over the old Gamespy servers that used to serve such good old fun as Sniper Elite and SWAT 4 - has turned those servers off. First that Sniper Elite dev Rebellion knew of this was a formal communication in a spirit of open exchange and customer care. Oh... no it wasn't.

Rebellion co-founder Jason Kingsley explains that, "(The) first we heard of anything were some irate fans getting annoyed with us about the original Sniper Elite multiplayer servers being down, and I mean very annoyed." He couldn't believe it...

"We looked into it and found out there was no technical issue, the servers had just been switched off," he told the excellent pcgamesn site.

Jason finally got in touch and, "We pointed out that they obviously were being used and that we had been paying a modest annual amount to keep them running for our older titles, and that at least it would have been a good idea to at least pre-warn our fans that this was happening."

Rebellion just can't afford to run the servers itself as, "The amount it would cost to keep the servers running now would be prohibitively high for us, and rewriting the code would also be expensive for us even if we could figure out how to do it in such old code."