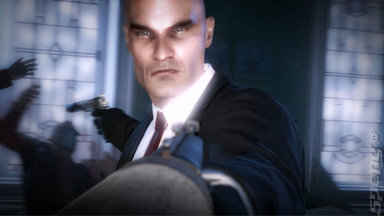 Whoops! Square Enix faced another PR blunder today as it had to apologise for offending gamers with a Hitman: Absolution Facebook app. An app that allowed friends to put "virtual hits" on each other with personalised video insults.

The app was released earlier this afternoon, and asked Facebook users to target a friend of theirs, and ask Agent 47 to virtually assassinate them based on their "ginger hair," "small penis" and "muffin top," amongst other charming descriptors.

Following a round of criticism from gamers and developers, that accused the app of promoting internet bullying, Square Enix put the kibosh on the interactive and released a statement admitting the company was "wide of the mark."

The statement reads, in full: "Earlier today we launched an app based around Hitman: Absolution that allowed you to place virtual hits on your Facebook friends. Those hits would only be viewable by the recipient and could only be sent to people who were confirmed friends.

"We were wide of the mark with the app and following feedback from the community we decided the best thing to do was remove it completely and quickly. This we?ve now done.