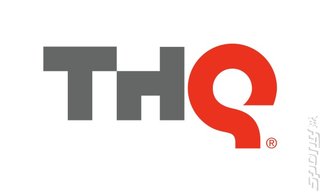 The Humble Indie Bundle initiative has made a proud name for itself by highlighting independent talent that would otherwise be lost in the noise of big budget AAA games. So its not without some controversy that THQ attempted the same thing yesterday by offering its own 'Humble Bundle'. But, whatever your viewpoint, it's seems like it's working wonders for the struggling publisher.

Share prices surged last night as gamers flocked to acquire the Humble THQ Bundle, which offers a number of critically well-recieved titles on a 'Pay What You Want' basis. From as little as $1, customers could net themselves Metro 2033, Darksiders, Red Faction: Armageddon, Company of Heroes plus expansions Opposing Fronts and Tales of Valor.

On top of that, anyone who pays above the average (around $5.72 at this time) gets a bonus copy of Saints Row: The Third. At time of writing, the bundle has made a whopping $2 million from 350,000 purchases. But customers decide where their money goes - how much goes to THQ, how much goes to charity, and how much (if any) goes to the Humble Bundle organisers.

Share prices for the company jumped 38 per cent to the news, to $1.49. And, as understandable as it is for gamers to be cynical about this bundle, it's not as if THQ doesn't need the money. Desperately.