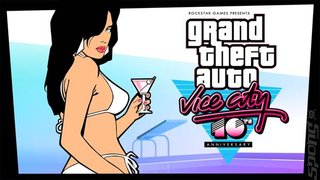 It's been ten years since the release of Grand Theft Auto: Vice City. Ten years. Let that sink in a little bit. Then, if you're being drowned in an epic shower of nostalgia, you can get ready for a Rockstar remake on iOS and Android devices.

The open-world, 80s-inspired action game will follow in the footsteps of the re-release of Grand Theft Auto III on mobile devices, which introduced touchscreen controls. Vice City will be popping up on your relevant App Store on December 6.

Rockstar has released a trailer to celebrate the occasion. Watch it below and see if you get any decade-old goosebumps.