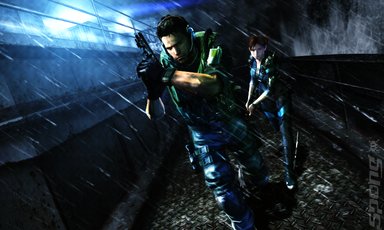 Resident Evil: Revelations was pretty well received. Resident Evil 6 wasn't, so much. So it comes as no surprise that, should the Korean Ratings Board be believed, Capcom is readying home console versions of the 3DS survival horror spinoff.

The listing for an Xbox 360 version of Revelations appeared overnight on the Korean Ratings Board. We've contacted Capcom for comment, and we'll let you know what it has to say about the whole thing.

Resident Evil: Revelations hit Nintendo 3DS back in January 2012, and caught the eye of long-time fans the world over with its more traditional approach to survival horror - offering a slower-paced, more tense experience.

Should the game hit home consoles, it's more than likely that it would see a 'high definition' upgrade, due to the chasm of graphical power present between the 3DS and HD consoles.
Companies: Capcom
Games: Resident Evil: Revelations