Fourth biggest launch in the UK, ever! 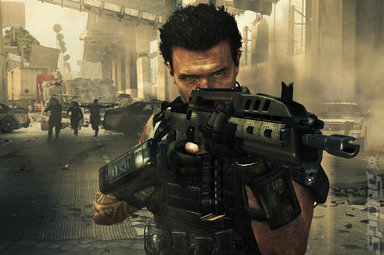 The Future is Black, according to Activision. At the very least, this week is Black - as expected, Call of Duty: Black Ops II has stormed its way to the top of the UK Video Games Chart for the week ending November 17. Although unit sales haven't been disclosed, UKIE and Chart Track state that it's the biggest launch of 2012, eclipsing that of previous record holder FIFA 13 (which sold 1.2m units in two days).

Master Chief has had to make do with second place this week as a result, and a fair amount of the Top 10 has had a shuffle as well. Assassin's Creed III re-enters the chart, while Skylanders Giants and Just Dance 4 climbs a few places - likely a result of early Christmas shoppers.

As for new releases, The Sims 3: Seasons lands at #9, while outside the Top 10 Wonderbook: Book of Spells hits #25 and Codemasters' F1 Race Stars beats SEGA's Sonic & All-Stars Racing: Transformed by one position - #26 and #27 respectively.