Warren Spector: Everything is Better This Time with Epic Mickey

Especially the damned cameras in this Mickey Mouse game. 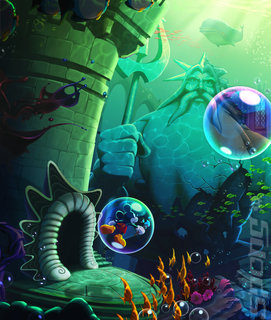 All Images (10) »
Warren Spector has been giving it the full Molyneux in a post about Disney: Epic Mickey 2: The Power of Two the follow up to the slightly less than epic first Epic Mickey (reviewed here).

During the epic Q&A session Spector went full tilt into the kind of OTT hyperbole that we've learned to love and be wary of in equal measure from this great industry of ours, with statements such as:

"Each player is the teller of his or her own story.?

"Everything?s better this time around," yes, literally everything.

There is more from Warren as he speaks to the official Playstation blog, especially regarding modes of play and Oswald the Rabbit, the AI helper. Says Warren:

"I mean, once the team decided to go with Oswald AI throughout the game, we didn?t have to design maps to work with and without Oswald. He was always going to be with you, even in single player.

"And I?m not a fan of special modes of play ? I mean, there?s no special co-op mode, or co-op story, or co-op specific missions. There?s just the game. Oswald?s there to help. Sometimes he?s AI controlled and sometimes he?s player controlled."