Braben Wants Ł1,250,000 for Elite on Kickstarter for Elite Funding 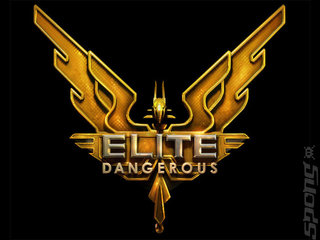 David Braben's Frontier Development wants to raise Ł1,250,000 to get another version of 1980s space trading/combat classic and Eve Online influence, Elite into action in the form of Elite: Dangerous.

According to Braben, "Elite: Dangerous is the game I have wanted Frontier to make for a very long time. The next game in the Elite series - an amazing space epic with stunning visuals, incredible gameplay and breath-taking scope, but this time you can play with your friends too." So, it'll be an MMO.

It follows in the mighty footsteps or in some cases the stumbling gaits - of:

and the in progress since 2000 as an MMORPG, Elite IV.

On the Kickstarter page for Elite: Dangerous, Braben outlines the new title, for which just over a million quid is required:

"We?re using Kickstarter both as a means of test-marketing the concept to verify there is still interest in such a game that extends beyond the individuals who regularly contact me about the game, and raising the funds to do so. There is also the fact that as long as we hit the threshold, it commits us to making the game.

"From where we are now, $2M/Ł1.25M will get us the minimum game, but I am hoping we can get more than that as it will allow us to be more ambitious with content and platforms; something the design decision forum members (the Ł300 reward tier and above) will be part of a discussion about."