Miyamoto: Retro Studios is Qualified to Make a Zelda Game

The idea isn't farfetched at all. 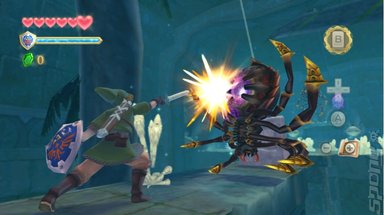 Could Retro Studios take on Nintendo's much-loved Legend of Zelda series? While it might not happen any time soon, Shigeru Miyamoto has said that the idea of the Austin, TX studio working on the adventure franchise wouldn't necessarily be "farfetched".

"The possibility of Retro Studios making a new Zelda with a good proposal isn?t a farfetched idea at all and could be possible," the legendary developer said at an awards reception where he was was handed a Príncipe de Asturias in Communication and Humanities.

There would be logistical challenges to overcome, though. "Even if Retro Studios is qualified, Nintendo would have to be in very close contact with the company that were to create this Zelda and, being outside Japan, the distance and the timezone differences would make the communication more difficult."

Retro Studios has previously been trusted with reviving the Donkey Kong Country and Metroid franchises, to great critical and fan acclaim.