A future for both Motorsport and Horizon. 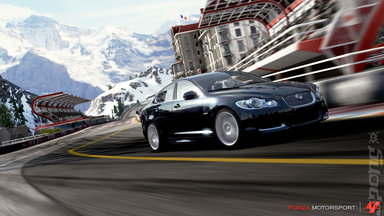 Forza Motorsport 4 won a Golden Joystick award for Best Racing Game, but Microsoft has assured SPOnG that the serious motorheads could get their technical race on after the release of Forza Horizon.

Microsoft has marketed Forza Horizon as a brave new direction for the long-running racing franchise - but Xbox Live Product Manager Pawan Bhardwaj has hinted that the studio hasn't left the Motorsport side of things behind.

Asked whether there's a chance of Turn 10 going back to Motorsport, or whether Horizon marks a single direction for the franchise, Bhardwaj said, "I think it?s a mixture, [the games attract] different types of audiences. Forza Horizon's a lot of fun, you go off-road, and there's this integration with SmartGlass taking the experience to new levels.

"Motorsport is a bit more serious, graphically beautiful [side of the franchise], and there's definitely room for both of these sorts of games in the future."

The comments echo those made by Turn 10 creative director Dan Greenawalt last month, when he suggested that the studio's next game may go back to basics after its collaboration with UK outfit Playground Games.

"This is about having two world-class teams executing against the same vision and the same tech, making for an incredibly powerful experience for players... What?s up next? It?s going to be Turn 10. What?s up next for Turn 10? I can?t tell you - but I can tell you that we?re very busy."
Companies: Microsoft
Games: Forza Horizon Forza Motorsport 4

Steviepunk 28 Oct 2012 17:02
1/1
My bet is on Forza 5 being a Xbox720 launch title (or at the very least, a very short while after it).
They have really pushed the limits on the 360 so the best way to up the stakes is to aim at new hardware (obviously this will be great for the visuals, but given the team I'm sure they'll make sure the game play is up to scratch as well). And it's not like one of Microsoft's top development teams isn't going to one of the first to get a hold of 702 hardware.
Posting of new comments is now locked for this page.