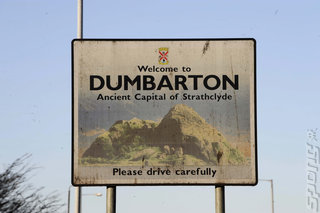 The board members of Dumbarton football club sacked its manager Alan Adamson this week and went in search of a new team leader, strategist and general boss-bloke. They were expecting to have their pick from the football brains riding the managerial merry-go-round. Boy were they in for a shock.

According to a news report quoting chief executive Gilbert Lawrie, "dozens of applications for the post (came) from people who have led teams to promotion on the Playstation or Xbox."

A shocked chief exec is quoted as saying, ?I can tell you I?ve had dozens and dozens of applications and it takes a while to shift through the CVs of people who have won the Champions League on FIFA 12.

?Probably 75 per cent of the applications so far are from people who have taken a team from a low ebb to great heights on a computer screen, which is a great achievement for them but perhaps not what we are looking for at this time."

Apparently he's not going to employ any of them though, which is a downright shame. Dumbarton currently sit in 10th place in the Scottish First Division... which has 10 teams.