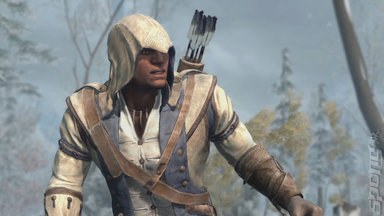 Did you know there was a Ubisoft Motion Pictures division within the French Rayman company? Well, there is - and it appears that progress on the much-discussed Assassin's Creed movie has been swift this week as it signs Michael Fassbender to the project.

The Fassbender connection piqued the interest of New Regency, which announced a partnership with Ubisoft's Motion Picture group. As a result, the film will be a "close collaboration" between the two companies. Screenplay development has begun "immediately" and the project is being "fast tracked" to completion.

Jean-Julien Baronnet, chief executive officer, Ubisoft Motion Pictures, said that "Bringing aboard New Regency?s renowned production and distribution expertise while maintaining our own creative and financial flexibility ensures that Assassin?s Creed will be a high-quality film that respects the lore and fans of the video game franchise."

Details on the film should be available shortly then, we imagine. Ubisoft Motion Pictures is also working on a TV series connected to Raving Rabbids along with two more films, based on the Tom Clancy?s Splinter Cell and Tom Clancy?s Ghost Recon series.
Companies: Ubisoft
Games: Assassin's Creed