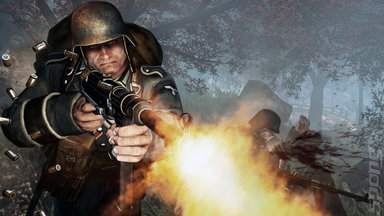 Stuart Black is responsible for 2006's Black, an FPS from Criterion. Since then he's moved to Codemasters for Bodycount and to City Interactive for Enemy Front - also shooters. He is now starting his own studio due to what appears to be a very disheartened approach...

In a recent interview he is open and honest about past experiences, "I think you could argue that Codemasters and City, they're sitting in that middle band in terms of quality. I don't think their problems are in the ideas or the creative side, the problems are in production, in getting stuff made... You keep missing dates, assets don't come in on time, and you just start having to shave that design down. And that tends to be where your quality goes as you go through the course of production, and why you end up with something that gets released and it's not very good."

The major problem appears to be distance from creative process:

"It all becomes about whose fault is it that that didn't happen? Weeks chasing around to find who is the person who is to blame for this thing, rather than spending that time on how do we catch that up and how do we solve that problem?

"The higher you get on that ladder, the further you get from real development. You just turn into a manager of other people. And that's never been my thing, I still like to get it and actually make stuff."

Are you a developer? Do you work in games? Does this ring true? Tell us in the Forum...
Companies: CITY Interactive Codemasters
People: Stuart Black