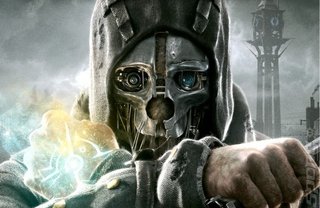 Ever compared Dishonored's Corvo Attano with Half Life's Gordon Freeman? Arkane Studios' writer Austin Grossman has, and has come to the conclusion that his hero is better than Valve's. Why? While Grossman believes Attano is more relatable, he "find[s] Gordon creepy as hell."

"I hate what Valve does with the silent protagonist," he said to Kotaku. "I find it incredibly awkward and really creepy. The difference between Dishonored and how it works in Half-Life 2 is that it?s a lot more personal.

"I think you get that involvement because the character has personal relationships with people from the beginning. And it?s very clear that people have f***ed with you in a very personal way." To illustrate the point, Grossman added that Gordon's encounters with NPCs generally involve people "talking at him, about him, and sometimes even for him. He just happens to be in the middle of this whole thing."

"I?m biased, of course, but I think Dishonored grips you much more viscerally and emotionally,? he continued. ?And that?s on purpose. Corvo doesn?t talk, and I think it works because everybody knows what Corvo would have to say, His actions form a sort of speech, something like, ?If I could kill the people who screwed with me?and if that includes you, then I?m going to kill you right now.?"
Companies: Arkane Valve
Games: Dishonored Half-Life