Cinematic director opens up to SPOnG on the facts 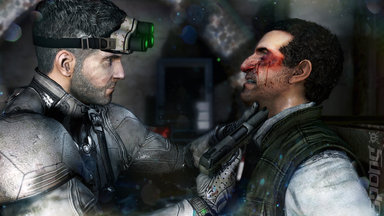 Ubisoft Toronto's cinematic director, David Footman, has defended the decision to drop Michael Ironside in the upcoming Splinter Cell: Blacklist, saying that fans will quickly get used to the performance of new actor and motion-capture artist Eric Johnson.

In a candid interview with SPOnG, Footman first responded to fan reaction by saying, "I understand how the fans have reacted. No-one likes change, [Ironside] has a very iconic voice... but this is happening in all kinds of franchises, like Batman and Superman. We?re always seeing new talent depicting our heroes. So [that reaction] always going to be like that in the beginning."

He then opened up to explain exactly why Ironside was dropped. It was a matter of changing the development process so that voice, face and body actors can be recorded in one take. "We needed an actor who could do action and dialogue at the same time, and I needed them to be doing action over dialogue, which is our philosophy for scripted events.

The idea is we go from action-oriented gameplay to interactive cinematics that blend back into gameplay. So it never stops, we?re always moving - there?s action, shooting, loading clips... and the truth is, we weren?t able to do that with Mr. Ironside," Footman added. "Physically, we weren?t able to have him do all the elite things that we needed Sam Fisher to do in our scenes.

"We could have used Ironside. But it would have been a totally different story. And the kind of story we wanted to tell didn?t really jive with that, so we had to make some really tough decisions."

On the new voice of Fisher, Eric Johnson, Footman had nothing but good things to say. "I think that our choice with Eric Johnson is a fantastic one. I think he?s a really great Fisher. People just have to give him a chance. You're going to be really surprised how quickly you get involved with the new character, with our new premise and new story. It?s still Sam Fisher, and I?m not worried at all."