FIFA 13 Breaks Records in the US 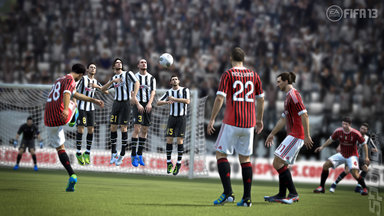 Looks like the US has caught football fever. And we mean proper football, not the foolish sport that should really be called Handegg. EA has announced that FIFA 13 has smashed sales records in North America.

The Xbox 360 and PS3 versions together sold 353,000 units, which is a whopping 42 per cent increase year-on-year compared with FIFA 12. The iOS version of the game also broke previous records as it saw a 62 per cent increase.

No details were confirmed for the other platforms that the football game debuted on - Wii, PC, PS2, PSP, Vita and 3DS - but no doubt those will drive the sales total higher.