Get your sheepskin coat ready for November - release date confirmed 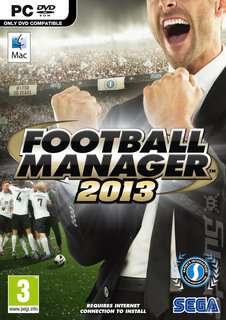 SEGA and Sports Interactive have damned many of us to months of torture, with the confirmation of the release date for Football Manager 2013.

Also released is news of pre-order incentives (or as publishers like to call them 'bonuses' as you might get for a signing to a new club having first kissed the badge of your old club the day before).

First, the release date: Football Manager 2013 will be released across the world on Friday, November 2nd.

Now, those 'signing bonuses'. "Any fan who pre-orders (or pre-purchases) Football Manager 2013 – either boxed or as a digital download – will receive a unique code giving access to a pre-release, single-player ‘Beta’ version of the game around 14 days prior to the official launch date."

The man behind the game, Miles Jacobson, has some witty words to get your more interested in spending money on, well, basically having to deal with faithless fans, feckless staff and players who care more about their hair than than effectiveness in the air:

“Our fans are very good at letting us know what they want and the one thing that’s consistently at the top of their wish list is an earlier release date.

“While we can’t, strictly speaking, offer them exactly what they want, this Beta version is the next best thing… a fully playable Football Manager they can get their hands on around two weeks before the finished game hits the streets.”