Platinum: Bayonetta on PS3 Was Our "Biggest Failure"

Learned a valuable lesson - to code for all platforms! 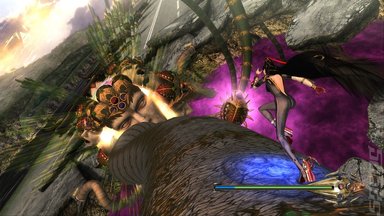 Does Platinum Games have any regrets? Well, just one it seems - the controversial PlayStation 3 version of Bayonetta.

Director Atsushi Inaba told Edge that he feels the port, handled by SEGA, was the studio's "biggest failure" - a result of the developer's admitted inexperience with Sony's console at the time.

"At the time we didn?t really know how to develop on PS3 all that well, and whether we could have done it? is irrelevant: we made the decision that we couldn?t," he said. "But looking back on the result, and especially what ended up being released to users, I regard that as our biggest failure.

"One thing I will say is that it wasn?t a failure for nothing. We learned that we needed to take responsibility for everything. So on Vanquish we developed both versions in-house. We learned, so it wasn?t a pointless failure, but it was a failure nonetheless."

Bayonetta 2 was announced recently as a Nintendo Wii U exclusive - and Platinum has since gone on record to say that without Nintendo, the sequel would have never existed.
Companies: Platinum
Games: Bayonetta