Riot to Take Legal Action Against League of Legends Hackers

DDoS attacks resulted in many players' games being disrupted. 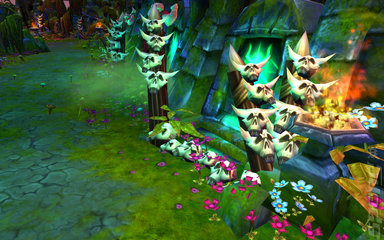 Riot Games has confirmed that it is considering taking legal action against hackers that have disrupted League of Legends servers using a Distributed Denial of Service (DDoS) attack.

A producer for the game, known online as Bellissimoh, reassured legitimate players that the studio has taken steps to mitigate the continuing damage from the attacks. As well as issuing hotfixes that will prevent affected characters from dying without warning, Riot has also sought to "identify these attackers and remove them from our service permanently.

"We are pursuing legal avenues and working with the proper authorities," Bellissimoh wrote. "[After the hotfix], players in a targeted game will still experience lag and possibly be disconnected, but the client should now be able to reconnect to the game automatically and resume where it left off."

The producer ruled out a hack as the reason for the disruption.
Companies: Riot
Games: League of Legends