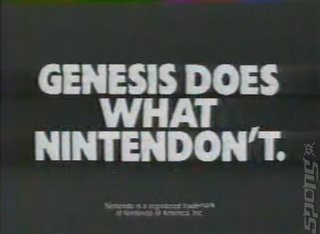 It appears that Sony Pictures is planning a movie about the state of console gaming and the competition that thrives between first party manufacturers. The studio has reportedly registered domain names for movie names including ConsoleWarMovie.com and TheConsoleWarMovie.com.

Yes, the humour of Sony focusing on console wars is not lost on us.

After the domain names were reportedly registered on Fusible, a journalist tweeted more details that supported the film's existence.

"It was specifically described to me as 'a Social Network of video gaming," he wrote.

We're looking forward to the bit that focuses on the PlayStation 3 versus the Xbox 360, for sure. That part will be very interesting.
Companies: Sony Pictures Animation

Sep|'11
Is A Heavenly Sword Animated Movie On The Way?