Crystal Dynamics: "Enjoying" Lara Torture is Not Our Intention 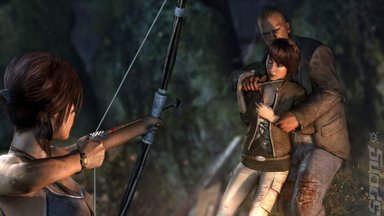 Gamescom 2012
Months after E3, the debate surrounding sexism in games - fuelled by the controversy surrounding a recent Tomb Raider gameplay trailer - rages on. Crystal Dynamics global brand director, Karl Stewart, told SPOnG at Gamescom that it was not the studio's intention to glorify any of the unfortunate situations that happen to Lara Croft.

"I hope our communication didn?t come across that you should enjoy those moments," he said in the upcoming second part of SPOnG's monster Tomb Raider interview. "I think it?s simply the severity of the situation that?s very important to us - like I said, that immersion of feeling like you?re almost there."

He added that the team spent a lot of time crafting the opening sequences of the game to slowly drive the player through an intricate story. "The first time you kill a deer, pick up the bow and arrow, protect yourself from the wolves and then get attacked - it?s important that we get to a point where you feel motivated, and you?re not presented as just this cold-blooded killer.

"We certainly don?t take enjoyment in doing that with Lara. From that perspective, male or female, we want to bring a heightened sense of emotion and closeness to the situation that allows the player to feel like they now understand the motivation and that they have been given a reason why they have to use force, save their friends and get off the island."